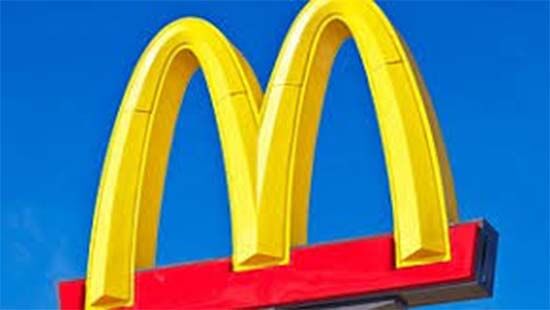 The McDonald’s Man thinks you deserve a break today.

Monday. 3:30 a.m.: Jimmy Smith, 54, rises to the sound of a blaring alarm. His joints pop as he stretches out his arms to silence the electronic yell. To most, it is still the middle of the night.

For Jimmy, it is the start of new day.

Jimmy lets out a loud yawn, as he reaches for the pack on his nightstand, and fishes out a cigarette: a Marlboro Red 100. He takes long, slow draws and blows out thin-white clouds of smoke.

He enjoys the feeling. He takes his time.

After the butt is mashed into his ashtray, Jimmy rises from his bed and tiptoes across the hall to the bathroom. He is careful and quiet. He does not want to disturb his mother — asleep in the room next door.

In the bathroom, Jimmy showers, shaves and dresses. He stands for a moment, looking in the mirror. In a cup by the sink is a set of dentures. Jimmy picks them up, sets them to his gums.

Ensuring their placement, he smiles at his reflection.

The lanes are full. Traffic for miles, cars sit still, bumper to bumper the full length of the road. Somewhere in the sea of vehicles, inching along in the slow moving current is a 2006 Ford Mustang GT. In the passenger seat sits Sera Ryherd, 16. She looks out the front window and nervously taps her fingers against her knee. In the distance, she sees the Golden Arches suspended in the air. The same ‘M’ logo centered on her new navy blue uniform. It is her first day, at her first job.

She is going to be late.

4:15 p.m.: The Mustang screeches into the McDonald’s parking lot. The driver’s door opens smooth, calm. Out steps Joel Ryherd, 23, Sera’s older brother. He wears a collared uniform, with a silver name tag: “Joel: Manager.” This is the second time he has arrived here today, the first at 7 a.m. After a tiring shift, he returns to drop off his younger sister.

The passenger door opens slow, timid, as Sera steps out of the car, onto the pavement. Cars circle the drive-through the full length of the building. The parking lot is nearly full. He gives her a reassuring look, as he nods toward the door and begins to walk across the lot.

Unconvinced, she follows, her eyes fixated down at the black Converse on her feet.

Behind the counter is a madhouse, too. The screens are full, and the crew works hard to clear them efficiently. They are made up mostly of high school kids, who after a long day at school, come in to earn a little spending money. The atmosphere is harsh on them. Their faces show it.

Travis Hueby, 19, stands behind them, helping when needed. He wears the same style collared shirt as Joel. His long, black hair is unkempt and stringy underneath a Detroit Lions beanie. He is the first person Sera meets. She gives her brother a goodbye hug and enters the fray.

5:06 p.m.: The rush ends for the time being. The crew members lean against the counter talking, resting, waiting for the next wave of customers to hit. Sera stands, somber, behind the register, waiting to attempt her first order alone. The side door opens and in walks a man. He is short and skinny, with a hard, cracked face, and sandy, straight hair.

“Welcome to McDonalds,” Sera says, quietly. “What can I get for you today?”

He responds with a big smile, putting on display his big, white, fake teeth.

She is put off.

“I reckon you must be new here, honey,” he says. His voice is raspy, jovial, genuine.

His unique timbre registers through the beanie and strands of hair into the ears of Travis Hubey. He turns quickly. His somber face turns into a smile.

4:30 a.m.: Jimmy sits behind the wheel of his 1999 Toyota Camry. At 5 a.m., not a minute before of after, he is clocking in and starting his shift at Cannon Automotive Systems. His position is on the floor of the factory.

The work is tiring. There is no air conditioning. The conditions, he describes, are “hot as hell, by God, you better believe it.” He works for 8 hours, on a good day. On some days, he does not leave the floor until 2 or 3 p.m.

When he leaves the factory job, his day is only halfway over.

6 p.m.: Jimmy clocks into his second job at Harbor Freight Tools. There, he works stocking shelves and doing other miscellaneous jobs that need doing. Monday through Friday, this is Jimmy’s schedule.

He works hard. Harder than most people want or need to. But for Jimmy, juggling the busy schedule “keeps the body busy, and the belly full,” he says this with a smile.

The time Jimmy has free during his busy days are usually spent in the same place — the McDonald’s on Scottsville Road, where everyone knows his name. He knows their names, too.

“Howdy there, bud,” Jimmy says, shuffling past the register and leaning on the counter. “How you been doin’?”

“Just fine, Jimmy, just fine,” Travis says, as he walks over, grabs a large coffee cup and fills it to the brim. No cream. No sugar. Black. He slides the steaming cup across the counter to Jimmy. The thanks is casual.

Jimmy leans against the counter, sipping on the coffee, talking earnestly.

He asks Travis how his “wife” is doing. Sarah Ferguson, 23, is his longtime girlfriend, and fellow manager at the restaurant. Jimmy knows her well.

When he hears she is doing fine, he nods, and smiling says “Now, buddy, that’s good to hear. She’s a good ole one. A good ones hard to find.”

He asks Tapash, 18, how school is treating him. Tapash has just started his first semester of college.

He asks Katy, 16, how her momma is doing. Jimmy has known her mother for years. They went to high school together.

He talks to each of the crew individually, as he stands behind the counter sipping on his coffee.

Sera finds some trays to clean. The stack is 10 trays high. She is diligent — she finishes them quickly. Her first day is dragging along. She is still timid, nervous.

Jimmy walks over to her.

“Well, your doin’ a mighty fine job. Fine job indeed. This just your first day? Surely not. You’re a good ole worker. Keep up the good stuff, but don’t work too hard now!”

He smiles at her, exposing again his popping set of fake teeth. He walks over and puts his now empty cup on the counter. Travis fills it back to the brim and hands it back.

“Alright, y’all, I’m gone,” he says, lifting the cup into the air, as he turns and walks towardsthe door. “Don’t work too hard, now!”

He sits in his car, and puts a cigarette in his lip: Marlboro Red 100. He pulls out of the lot and drives to finish the rest of his long day.

“Who was that?” Sera asks Travis after he has gone.

“That was Jimmy,” he says. “He is our favorite customer.”