Changing his hat changed his life 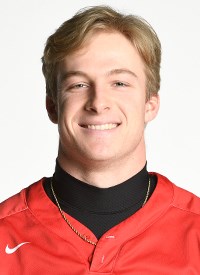 Before the final pitch, he knew exactly what he wanted.

The WKU Hilltoppers faced the University of Kentucky Wildcats.

Evans grew up a University of Kentucky baseball fan. Evans had high hopes for his beloved Wildcats. Watching baseball was a love of his like no other and pairing that with the thrill of cheering on a good team never seemed to disappoint Evans.

However, as the game progressed and minutes turned into seconds, Evans hopes for his Wildcat team faded with each home run hit by WKU. Rather than dwelling on his disappointment for the Wildcats, Evans became intrigued by the underdog Hilltoppers.

“Who were these players? How were they so talented?” he asked.

The Hilltoppers won the game 21-8, and the team won the respect of Evans. He looked around at the bright red hats worn by WKU fans bright, and Evans no longer felt out of place.

Proudly, gesturing toward the WKU fans, he spoke six words: “I want one of those hats.”

Evans, a redshirt sophomore, now proudly reps his own WKU baseball cap as the starting catcher for the Hilltoppers. He ended his 2020-2021 baseball season for Western Kentucky with 37 RBI and six home runs, Evans became an essential part of the Western baseball team and a mentally strong player with a passion to succeed. Through the current season’s five games, Evans is hitting .250 with one home run and one RBI.

Baseball has a special role in Evans’ life.

Since age 3, Evans has hit the diamond. From Little League, middle school, high school, and now the collegiate level of baseball, he has progressed, gained a new-season mentality, and developed his baseball skills.

To succeed each season and one day become the best [layer in the conference, Evans has threaded a mantra into his daily routine.

“You have to show yourself you can do it and that you have the want to do it,” he said.

At practice, in the weight rooms, and during games, this mantra provides a sense of empowerment for Evans believes that by wanting something bad enough, you can achieve it.

On and off the field, Evans’ personal motivation translates to his teammates.

He acts as a motivator on the team. He encourages his teammates to not get caught up in how long the season is or comparing WKU’s program with other collegiate programs.

“We practice a lot,” Evans tells his teammates. “If you play at this level, you have trust. When the time comes, you relax and don’t think about anything.”

Evan said WKU possesses strengths on offense and defense. He describes the team as gritty. With that grit comes a responsibility to uphold titles and win championships games. Some of his teammates believe attaining a new season mentality can be a struggle.

Even coach John Pawlowski claims said will be a challenge in the upcoming season.

Evans is eager to see how he and his team improves.

“Every year we progress farther and farther,” he said.

This progression he hopes will lead to more wins and a routine that produces consistency. Evans expects to have a leadership role on the team as he grows into his upperclassman spikes next year, and a lot of the seasoned players will have a responsibility to hold the team together, especially with new talent joining them.